For additional information on Boys Summer Camp click on link below

For additional information on Girls Summer Camp click on link below

With school and the fall session of lacrosse underway, many parents are looking ahead to their winter scheduling. From those new to the sport and not sure where to begin, to experienced players interested in experiencing coach Hicks’ program, here is a closer look into the Train and Play Program and the “Dwayne Hicks Method.”

Over the past ten years, Dwayne Hicks has built the Total Lacrosse Train and Play Program into one of the largest lacrosse programs in the state of Michigan; growing from 200 participants between two sessions back in 2004, to over 700 kids from 3rd grade through high school between the four sessions offered in 2013.

Whether your child (or even you, if you are in high school signing yourself up) is new to a sport or simply trying to find a program they’re comfortable with, one of the biggest questions faced by players and parents alike, is “what should I expect?” Based on the idea of learning the game of lacrosse through playing the game, players will learn the core fundamentals of lacrosse through drills, coaching, repetition, and competition.

Players learn the basics, practice those skills, and then put those skills into a competitive environment where they can see and feel what is working and what isn’t. Despite a game-like feel, mistakes are encouraged so coaches can correct those mistakes and the players can learn. Size and strength are important, however lacrosse is a very skills oriented game so quickness, speed, and a player’s stick skills are more valuable and Hicks structures his Train and Play program so those skills are learned from day one.

The one thing coach Hicks has learned in the ten years he’s run the lacrosse program at Total Sports? Says Hicks:

“I’ve learned that it works. Having developed the program over the past ten years, I’ve learned that teaching fundamental skills at the beginning has great results at the end. Many of the Total players are the top
players in Michigan. Many have gone on to play at the highest levels of lacrosse In 2014, of the 25 All-Area Selection, 17 of them were players at Total Sports. Including player of the year. There are a lot of other
formats in different facilities in Metro Detroit, many of them have switched to the TAP (Train and Play) format because they recognize how successful it is.”

Over the years, the only aspect of the camp that has changed is the focus on what players learn every week. Now covering 21 weeks throughout the year, more skills for the players to work on have been added in an effort to develop more well-rounded players.

The main goal of the TAP program is to produce good, fundamentally strong players who really enjoy playing the game of lacrosse. “Thus far, we have done a great job of doing that. Kids really enjoy playing and the sport is growing faster than any other sport in the state of Michigan,” says Hicks. However, the underlying goal of decreasing the competition level of the players while they are in the learning phase of their lacrosse career, is just as important.

If a player feels they cannot make mistakes because their team will lose a game, that player will not open themselves up to trying new things. Without making mistakes and having a coach correct them with detailed instructions on proper skills and techniques, players cannot learn. Using competition when necessary, the Train and Play coaching staff will help players learn the important skills that will help them reach their full potential.

Since its inception in 2004, Total Lacrosse has doubled its number of sessions (growing to include a fall, two winter, and a summer session in addition to a box lacrosse league) and almost quadrupled its number of participants. With the addition of a facility in Monroe, Total Sports looks forward to its continued involvement in the growth of lacrosse in Michigan.

Dwayne Hicks: An Inside Look At The Total LAX Coach

Dwayne Hicks: An Inside Look at the Total LAX Coach A well-known and highly respected member of the lacrosse world for more than 35 years, Dwayne Hicks has been a part of Total Sports and growing the sport of lacrosse in southeastern Michigan since 2004. Originally from Freeport, Long Island, Hicks distinguished himself in high school as both an outstanding lacrosse player and wrestler. During his junior and senior years, his talents on the lacrosse field helped his high school teams win the Class A Division title. Upon graduation, he played lacrosse at The University of Notre Dame where he distinguished himself on the field as a defensive midfielder, and defenseman. After four years, Hicks graduated with his degree in industrial design with a concentration in automotive and product design. Hicks was one of six Americans hired to play and coach in the England Lacrosse Union. In each of his two seasons with the Timperley Rebels, he led his team to the National Championship. He was also given the opportunity to coach several members of Team England in preparation for the World Lacrosse Games. After two seasons, Hicks returned to the United States to pursue professional interests but continued to coach, play club lacrosse, and referee at both the high school and collegiate levels. During his club playing days, Hicks spent two seasons in Chicago, was a pick-up player in Indianapolis and Cleveland, and then spent four seasons in Detroit with the Motor City LC. Hicks’ coaching resume includes: Freeport High School on Long Island (NY), St. Joseph’s High School in South Bend (IN), Seaholm High School in Birmingham (MI), the University of Notre Dame, Oakland University (the men’s and women’s teams), Eastern Michigan University, and Michigan State University. During his five years at Oakland University, Hicks was able to help an unknown program develop into a nationally ranked, highly touted lacrosse team. This included two national championship appearances and one CCLA Championship. In 2006, Hicks moved from Oakland to Eastern Michigan to help build their program. After three seasons with the Eagles and helping them become a Central Collegiate Lacrosse Association (CCLA) play-off contender, Hicks accepted the head coaching position at Michigan State University, one of the top programs in the CCLA. In four years, MSU appeared in four CCLA play-offs, winning one championship (2012) and two runner-ups (2011, 2010). The program was also invited to play in the national champions in three of those four years. Hicks is also the head coach and director of the Total Lacrosse Train and Play program and Team Total Lacrosse travel team. The travel team travels to various summer tournaments to showcase many of the best high school players from the metro Detroit area. Through the course of his coaching tenure, Hicks has been named CCLA Coach of the Year on three occasions and the National MCLA Division 1 Coach of the Year in 2011. He is also a Senior Coaches Trainer for US Lacrosse, the governing body of all lacrosse in the United States. As a senior trainer, he is recognized as one of the top fundamentals coaches in the country. In addition to coaching, Hicks is an award winning creative advertising writer freelancing in the metro Detroit area.
US Lacrosse Reports Lacrosse Participation Up To Nealry 750,000 Nationwide 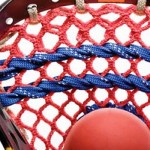 US Lacrosse Reports Lacrosse Participation Up to Nearly 750,000 Nationwide A record total of 746,859 players competed on organized lacrosse teams in 2013