This developmental program will focus on teaching the fundamentals of box lax while providing a safe environment. Coached by local college players and high school staff.

Players will be evaluated on Jan 2nd and placed on teams.
*Grades 3-6 will receive 45min of instruction and 45 min of game play each session

Box Lacrosse Face-offs: The face-off is a strategic play where two players face their crosses (sticks) with the ball placed on the ground between the crosses. The remaining players must stay behind the attack area until the referee blows the whistle.

10 SECOND VIOLATION: Occurs when the team on offense fails to advance the ball past midfield within 10 seconds after taking possession at their defensive end of the field.

FACE-OFFS: To determine possessions at the start of each half and after every goal, two players face their sticks at midfield with a referee placing the ball between the heads of the sticks.

SHOT CLOCK: A 20-second clock begins (counting down) when a team assumes possession of the ball in their attacking half of the field. The offensive team must put a shot on goal during that time or they will lose possession, which must be shot through the goal crease. If they do shoot on goal (without scoring) and recover possession of the ball (via rebound/loose ball recovery), the clock is reset for a new 20 seconds.

PLAY OF THE GAME: For most penalties, the offending player is sent to the penalty box and his team has to play without him and with one less player for a short amount of time. Most penalties last for two minutes unless a major penalty has been assessed. The team that has taken the penalty is said to be playing short-handed while the other team is on the power play.

Fighting: There is ZERO TOLERANCE for fighting.

MINOR PENALTIES: On two minute personal fouls, the penalized player is released from the penalty box if a goal is scored before the expiration of the two minutes.

MAJOR PENALTIES: On five minute major personal fouls, the penalized player stays in the box for the duration of the penalty. When a second major penalty is imposed on the same player in a game, an automatic game misconduct penalty shall be imposed. Additional disciplinary action including game suspensions and league expulsions will be determined by the league directors at their discretion.

USE OF PENALTY SHOT: Since a team cannot be more than two men down at a time, if a third penalty is called, the official will award a penalty shot to the unpenalized team.  penalty shot may also be awarded, at the referee’s discretion, if a defensive player causes a foul to prevent a goal (by throwing his stick, holding, tripping, or by deliberately displacing the goal, or a defensive player intentionally falls and covers a ball in his own team’s crease).

EJECTION FROM GAME: Players can be ejected from a game for several reasons including being the third man participating in an altercation in which there is a penalty assessed or accumulating three major penalties in one game.

SLOW WHISTLE (DELAYED PENALTY): If a defending player commits a personal or major penalty against an opponent in possession of the ball where there is offensive momentum and the opponent doesn’t lose possession, the official raises his hand and does not blow the whistle until a shot is taken, the 30-second shot clock expires, or a goal is scored or possession is lost.

COINCIDENTAL PENALTIES: When each team is given the same amount of penalty time arising out of the same incident, the offending players shall not be released until the expiration of the penalty. Teams do not lose floor strength, and the ball is awarded to the team who was in possession prior to the fouls.

GOALS The circle around the goal known as the crease. An offensive player is not allowed to intentionally step into the crease area.

The large box around the crease is the offensive/defensive zone. Any penalty called against a defender in this area by an official is accompanied by a raised hand followed by a whistle blown only after the offensive scoring opportunity has ended.

Total Sports Box Lacrosse will adhere to the guidelines established by US Lacrosse with these house rules in effect. Any questions concerning rules can be addressed with the League Director.

All runners are required to properly wear: 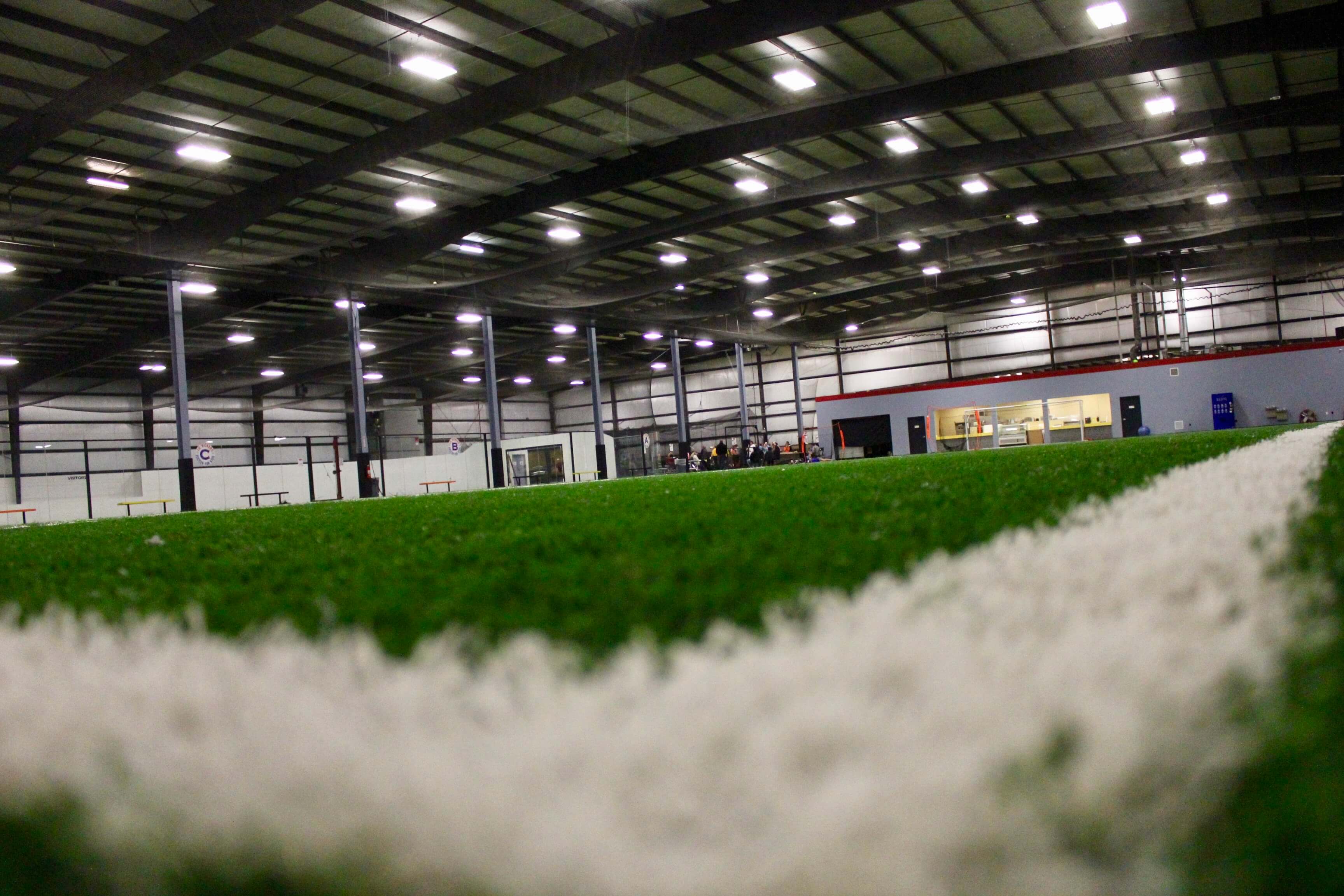 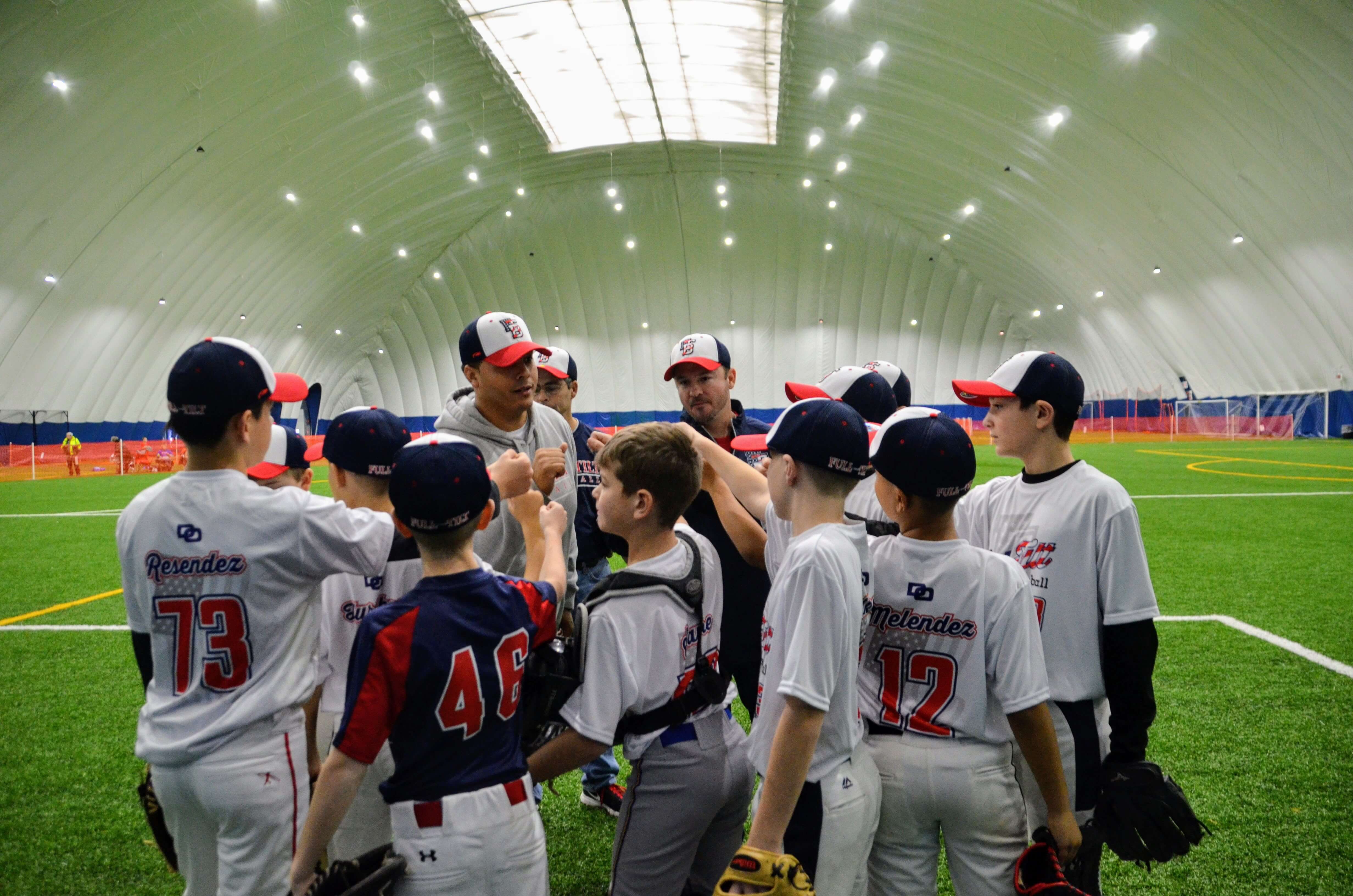 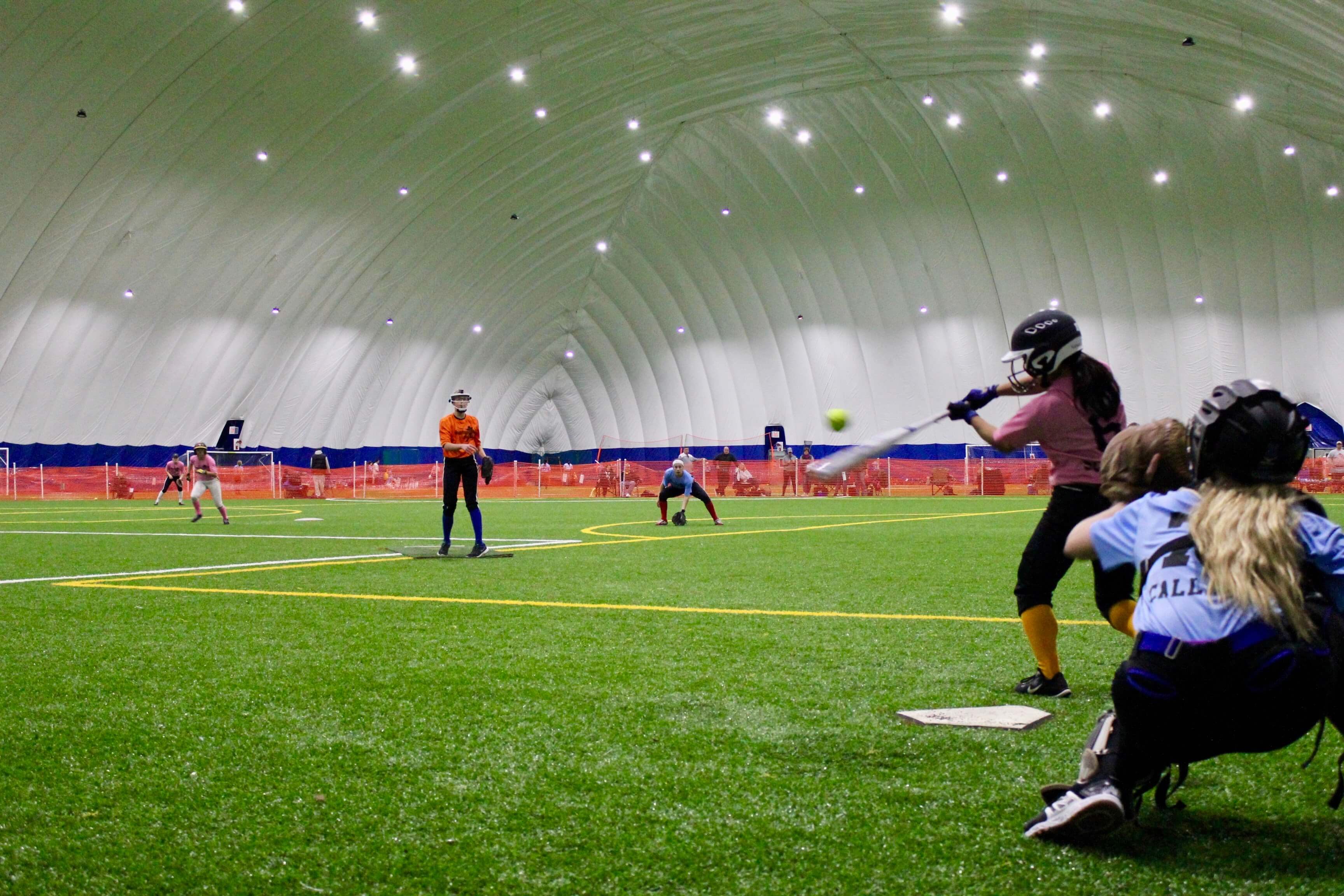